Advertising professionals and journalists around the world are salivating uncontrollably in anticipation of critiquing this year’s Super Bowl commercials. Invested marketing professionals suppress the butterflies in their stomachs as they await that moment when THEIR ad is in the BIG GAME. The rest of America is simply looking forward to a break from work and sharing a few beers, snacks, and laughs with friends and family. For our part, in anticipation of advertising’s biggest event of the year, we ran an Audiolytics™ analysis on three of the top ads from last year’s Super Bowl to offer a different way of thinking about what’s ahead on Sunday, including a reality check on the value many advertisers are leaving on the table.

Refresher: Audiolytics™ is Oxford Road’s proprietary message development and scoring system that evaluates ads based on 9 Key Components and 71 sub-components, grading each commercial’s likelihood to drive in-market performance. We fiercely guard the 71 sub-components that are used to generate a score and their weighting which is determined by hundreds of millions of dollars of performance data. We only speak in terms of the 9 Key Components that each of the 71 sub-components serves. These include Setup, Value Proposition, Positioning, Demonstration, Substantiation, Offer, Scarcity, Path, and Execution. The higher an ad scores in Audiolytics™, the better it performs in-market. Our target for any piece of creative is an Audiolytics™ score of 90% or greater.

The Analyses:
First, we look at the amount of time each ad spent persuading and do some back-of-the-napkin calculations to estimate how much of their media dollars were wasted. Then, we look at their Audiolytics™ score and give them some pointers on how to up their game*. 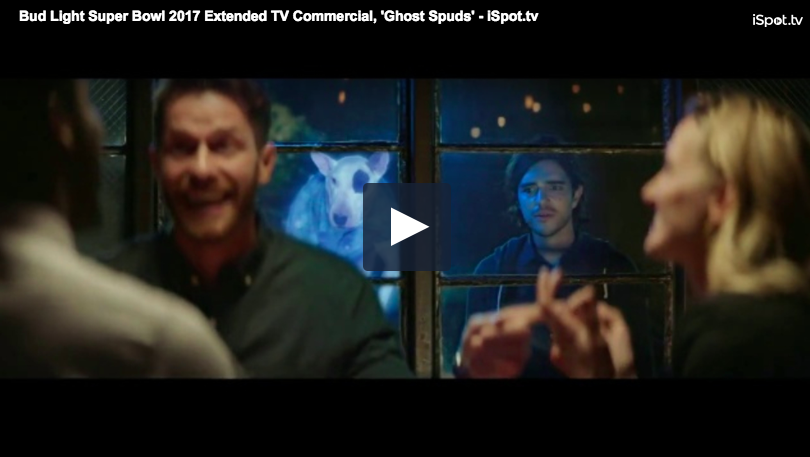 Substantiation
It’s a fanciful world, but why not boost your credibility with Spuds quoting some meaningful facts about why Bud Light is better or even referencing, or being joined by, some other high profile spirit guides from Bud Light campaigns of yesteryear?

Offer
Offers are often omitted from spots more focused on awareness-oriented KPIs. Nevertheless, an offer always spurs results. They could take a page from this year’s recently leaked promotion by Stella Artois.

Path
They showed Spuds and our protagonist at home, at a bar, and going to a friend’s house – but they never explicitly stated where to get Bud Light. It might sound obvious, but there’s a reason you see app store logos at the end of ads today: IT HELPS. Combine these directions with a limited time offer, and now you’ve got something designed to drive better performance. 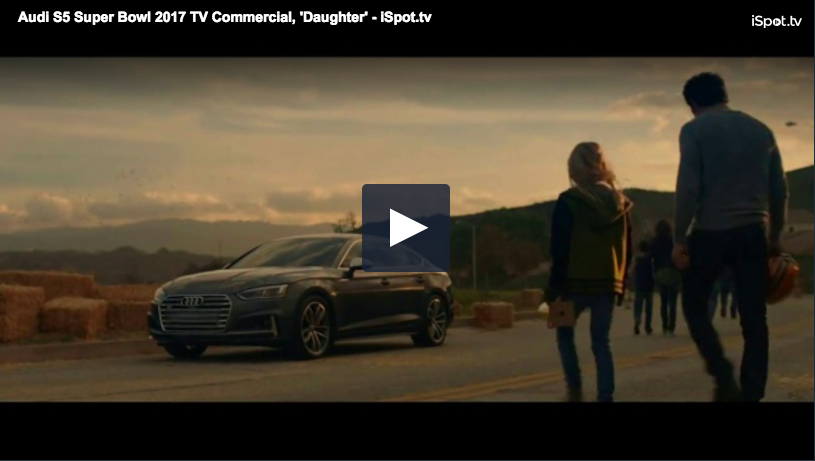 Setup
Like most of the ad, the Setup is missing. The pain that is being solved by Audi or the opportunity their product represents is clear but unrelated to the actual product itself. It is effectively a 60-second commercial to affirm that Audi is an equal opportunity employer. While no one could disagree with the noble attempt to address an important social issue, it does so in an emotion-laden fashion that side-steps the real issue – they are here to sell a car.

Substantiation
Let’s evaluate this ad under the premise that the purpose of the spot is to convince you that Audi is an equal opportunity employer and that this claim will compel consumers downstream to buy more Audis. The problem here is that they are legally required to be so, and they provide no hard evidence that they are doing anything above and beyond adherence to non-discrimination laws to prove their point.

Everything Else
The reason this non-ad scores anything in Audiolytics™ is because it has an engaging Setup, but doesn’t connect that to the product directly. There is Demonstration of an Audi being driven AND the Audi logo is featured – but there is no path directing customers where to go. Points are earned for being customized to the parents of daughters, but it doesn’t pay that off with a meaningful link to the product itself.

P.S. This evaluation is meant in no way to disparage the important movement toward equality the ad suggests to support, but the execution appears more like pandering than making a difference. Further evidence we have seen in the marketplace suggests that only a small percent of consumers make purchasing decisions based on the social good done by the company. Value Proposition trumps all in terms of what motivates a customer to buy. So, if Audi intended to use this ad as a forum to drive sales by association with a worthy cause, it failed. Not only because that tactic will not sell cars to the general public, but also because they did such a flimsy job of showing they are actually positioned to make a difference beyond just adhering to the laws of the land. 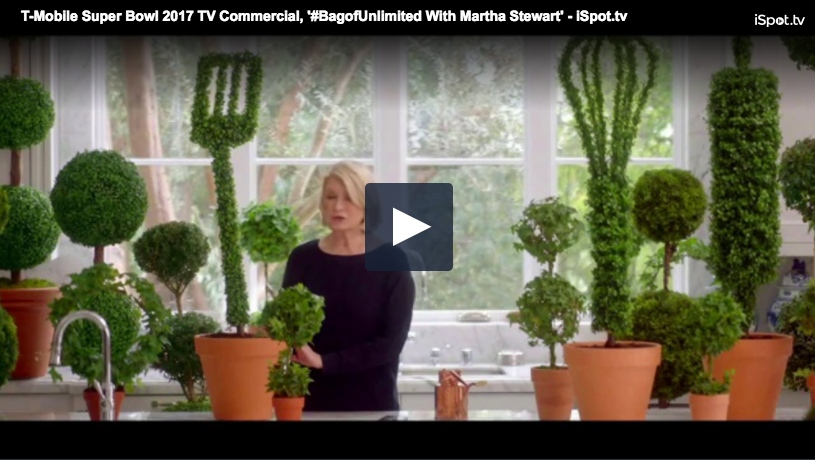 Positioning
One simple addition to this ad’s message is positioning T-Mobile’s offer against competitors’. By taking out a couple of Martha’s off-the-wall cutaways, they could get in some additional proof points about T-Mobile’s superiority in areas that matter instead of jokes that don’t.

Demonstration
Another building block of a persuasive message, Demonstration of “How it works,” is vital. In this case, only 13 seconds out of 30 were used to sell. This ad wants to drive a response, that’s obvious. Showing us how should be the classic play out of the performance playbook*.

Offer & Scarcity
It’s the BIG game. T-Mobile has put down the BIG money. Why not make a BIG offer? It doesn’t have to be overly complex. For example, “For anyone who switches during the month of February, we’ll give you your first month of service for FREE.”

Conclusion
Just because it’s the Super Bowl doesn’t mean we check our brains at the door. An advertisement is not an advertisement unless it is made to sell. Audiolytics™ is made to audit how well an advertisement does that. But, maybe another way of looking at it is that some of these “ads,” like Audi’s, aren’t ads at all. And that’s ok. Either Way, NBC will gladly take your money if you decide to play ball*. Our prediction for this year’s game: Audiolytics™ scores will come down below last year’s levels, given the exuberance in the marketplace over a strong economy that shields marketers from tough accountability.